Git Town adds Git commands that make software development more efficient by keeping Git branches better in sync with each other. This reduces merge conflicts and the number of Git commands you need to run. 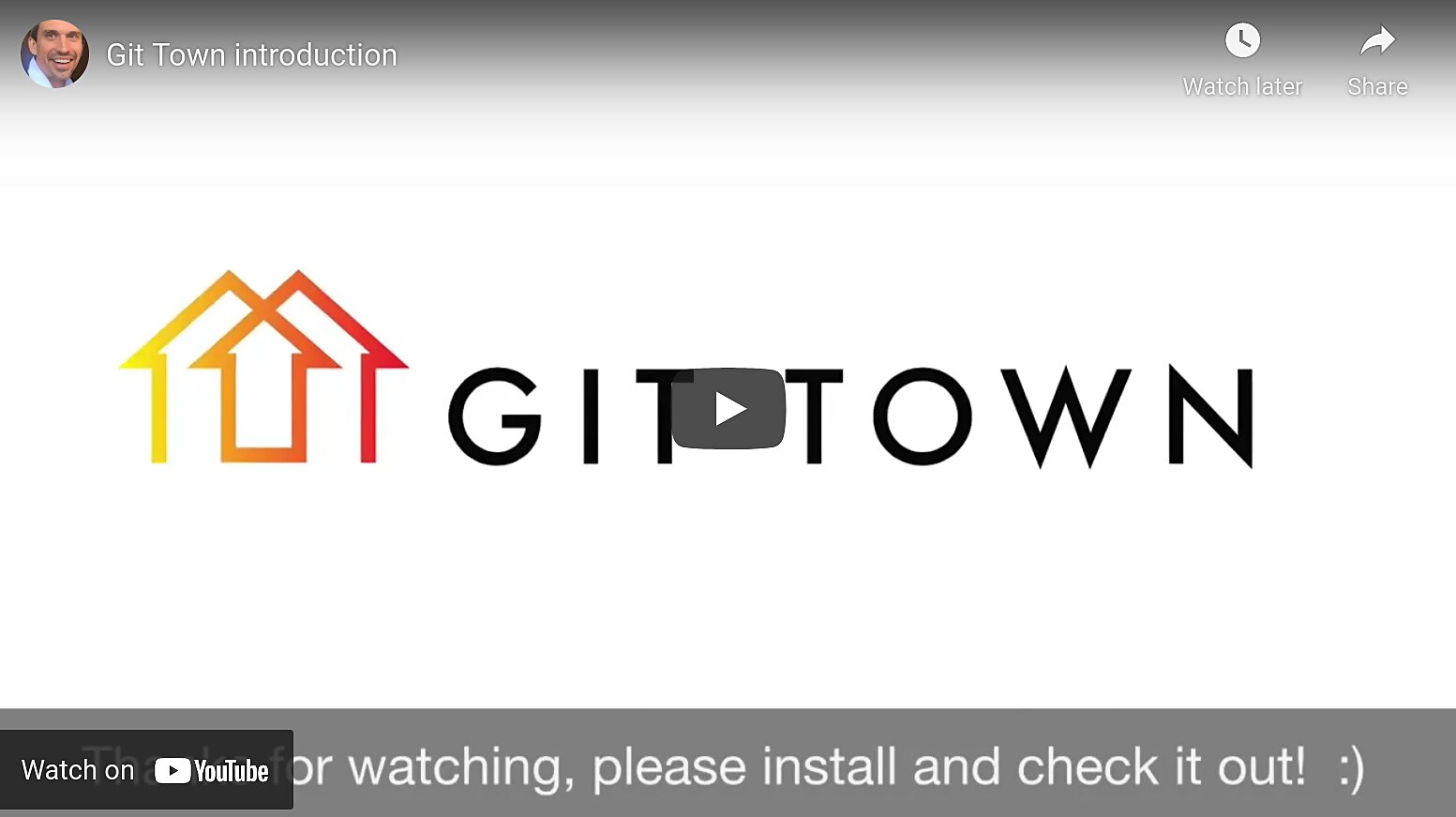 Git is a flexible source code management system. The Git CLI (correctly) supports all possible ways of using Git equally well. It provides basic commands out of which Git users can implement their particular Git workflows. This generic design can make using the Git CLI repetitive in real life. As the screencast above demonstrates, typical development activities like creating, synchronizing, or shipping a feature branch require running multiple, sometimes dozens of Git commands.

Git Town adds a high-level layer of Git commands for these activities. These commands are compatible with most common branching models like GitHub Flow, Git Flow, GitLab Flow, trunk-based development and even committing straight into the main branch. See also this external review.

What our users say

All doable w/ just git, but git-town is a simpler mental-model and way less keystrokes

I've been using git-town along git-flow for a little while and it's been really nice https://t.co/E5nwHuXP1C

2) if your project uses squash merges, @GitTown is a really great tool to automatically handle all the tedious steps to keep up good git hygiene (and the docs are well-organized, informative, and concise)

Supercharge your workflow with Git by relying on this surprisingly powerful and quite useful plugin that provides you with a series of extra Git commands.